What is Blockchain? A Simple Explanation

Blockchain has become a bit of a buzzword lately. But if you’re not an investor or diving into cryptocurrency, you might not have a clear idea of what it is.

In this article, we are going to address the question “what is blockchain?” and give a simple definition, as well as a brief explanation of how it works and what it could be used for. 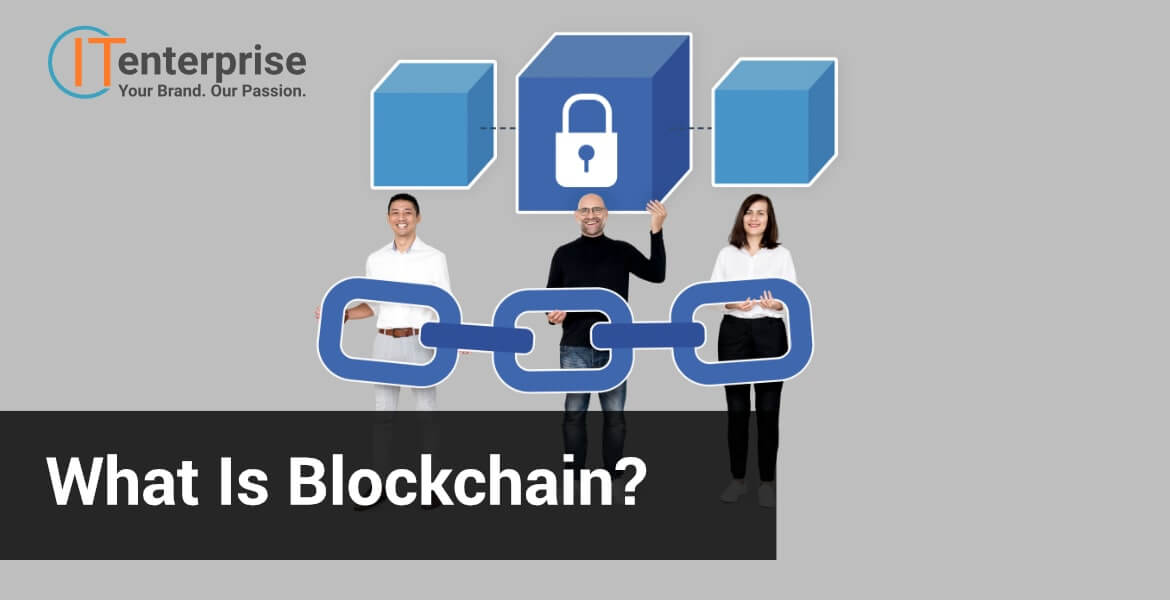 Blockchain is a way of storing information. It is a method of record-keeping and can be seen as a modern, digital form of a ledger.

However, a ledger can only be seen by whoever holds the book and can be written in by anyone. Meanwhile, Blockchain can be viewed by numerous people at once but is impervious to attempts to amend it.

This means that anyone can view the information on the Blockchain, making it transparent and easily verifiable. (Don’t worry, personal details aren’t identifiable.)

Yet while anyone can view the information, they cannot change or amend it. Even if you were the one who entered the information, you can’t edit it. Once it is submitted, it’s sealed off, making it highly secure. 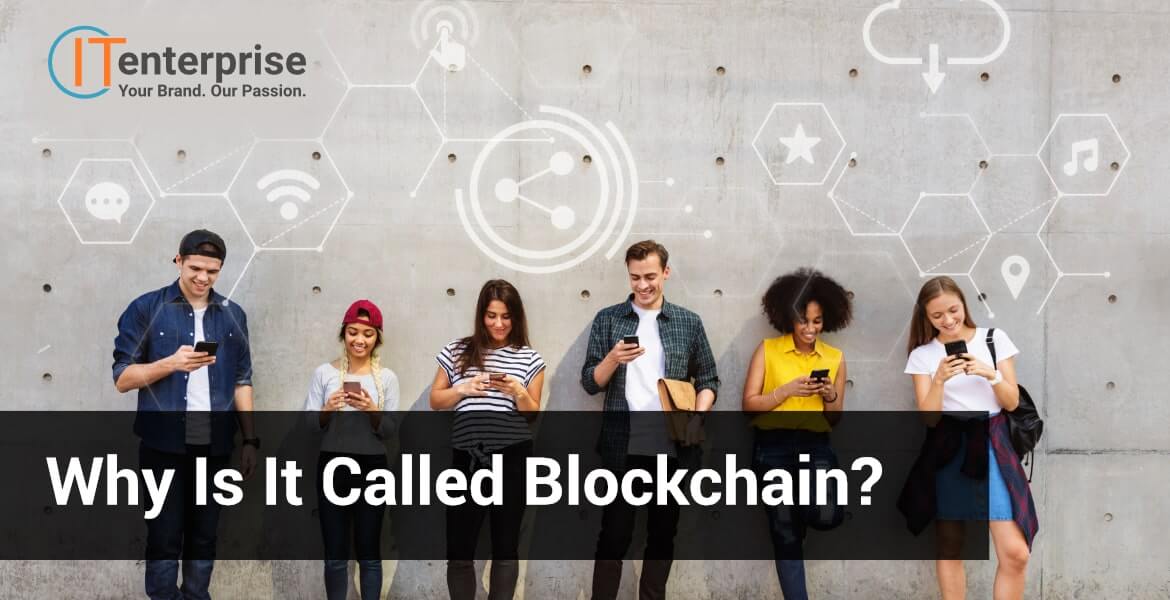 Why is it Called Blockchain?

The name originates from the fact that information is stored on a “block”.

Each block is like a page in the ledger. It holds information such as the transaction that occurred, the time it took place, who was involved, how much money changed hands, etc.

These blocks are then linked together in chronological order to form a chain of information.

The blocks are linked together using cryptography. We’ll explain how that works below. 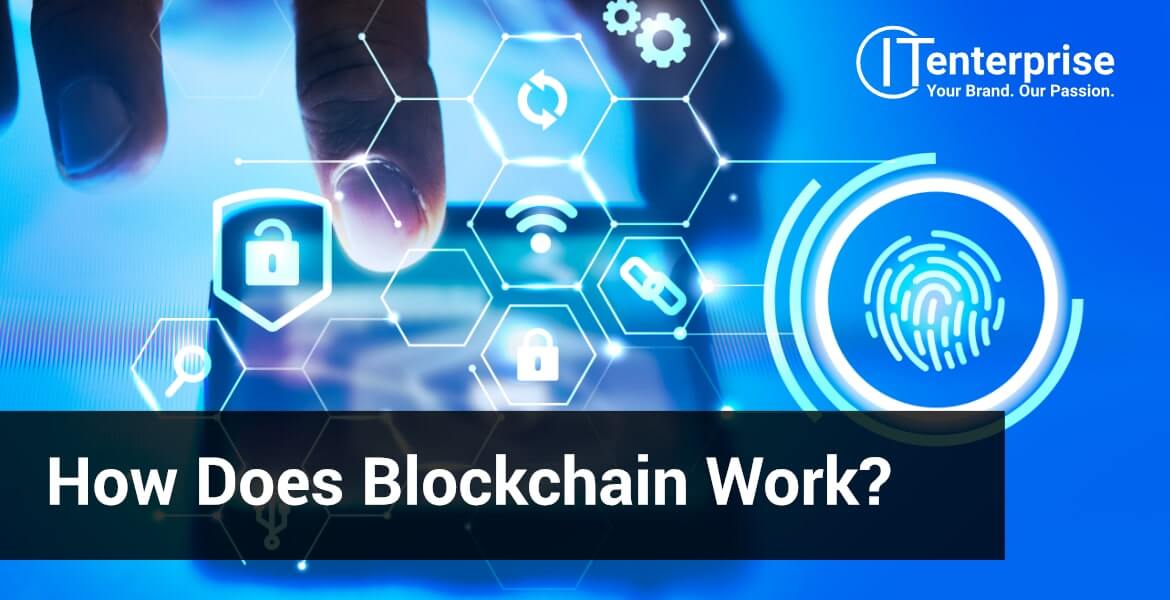 How Does Blockchain Work?

Each block has it’s own “hash”, a code which acts as an individual, identifiable marker for each block. It’s a bit like a digital fingerprint belonging to that one block.

Hashes are a means of taking data of any length and converting it into a series of letters and numbers of a fixed length.

The hash of numbers and letters is created by a mathematical formula, which ensures a hash can never be repeated.

A block not only has its own hash but takes the hash of the previous block in the chain. This continues for the length of the chain and is how each block is linked together to form a “chain”. 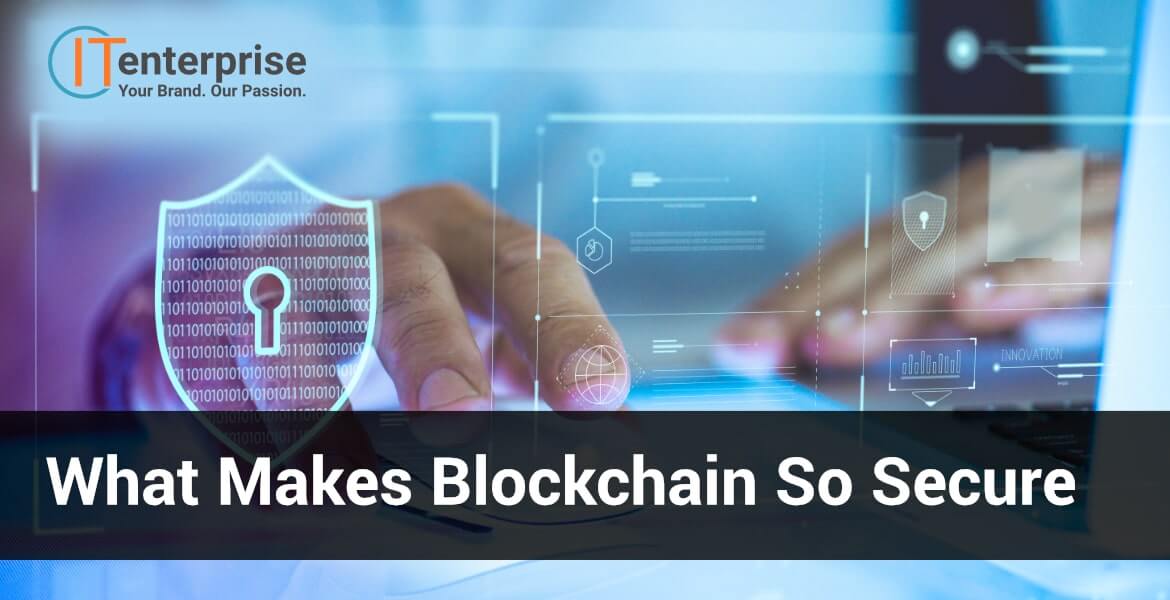 What Makes Blockchain so Secure?

With Blockchain, information can be created but cannot be modified. This means that the information stored is incredibly secure.

One reason it is so secure is because of the system of hashes and chain structure.

Because each block contains both its own hash and the hash of the block before it in the chain, it makes changing the contents of a block extremely difficult.

This is because the slightest change of input data creates a wildly different hash.

And because the hash has changed, it will no longer match the blocks it is linked to. Which means to make the change, every block in the chain will also have to be amended.

Additionally, each block is time-stamped. (Which is part of the input for the hash.) As the blocks are linked in chronological order, it’s basically impossible to add or amend anything without warping the hashes and breaking the chain. 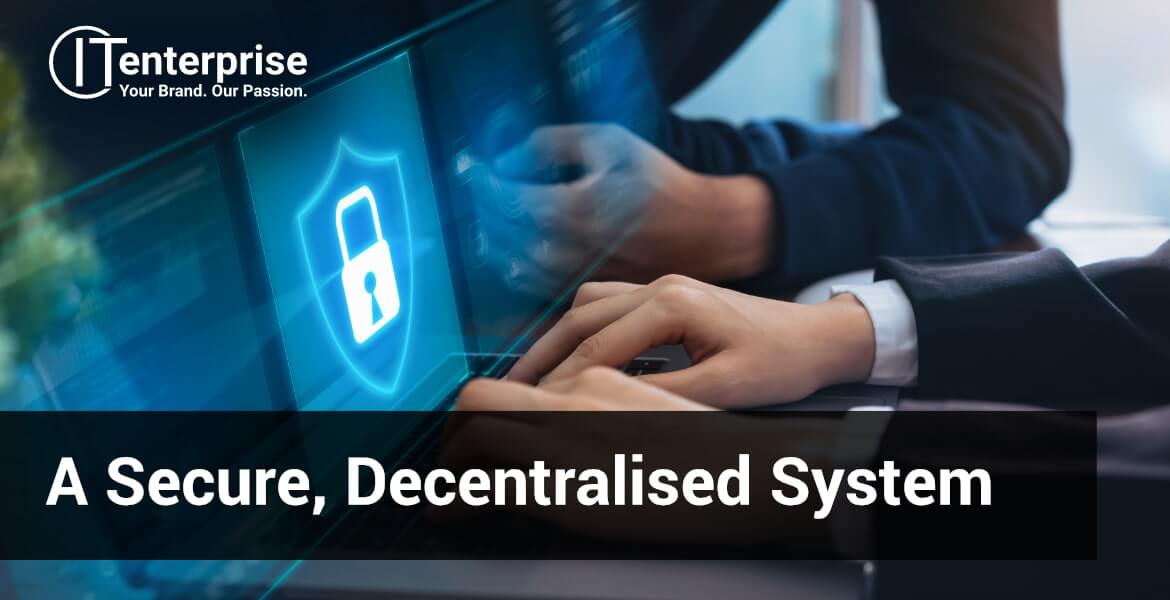 The other reason the blockchain is so secure is that the software is decentralised.

The blockchain is stored and verified on many computers. There is no one central organisation, network or individual that controls it.

This decentralised system also means that everyone can see the “ledger”, the blockchain, but no one person can change or edit it.

It also means that for anyone to be able to hack or edit the blockchain, they would have to overcome the hundreds of other computers that are in the network.

Theoretically, this could be possible. But in practical reality, it’s so difficult as to be near impossible.

In short, it’s extremely secure. Even without the fact it is impossible to edit information on the chain. 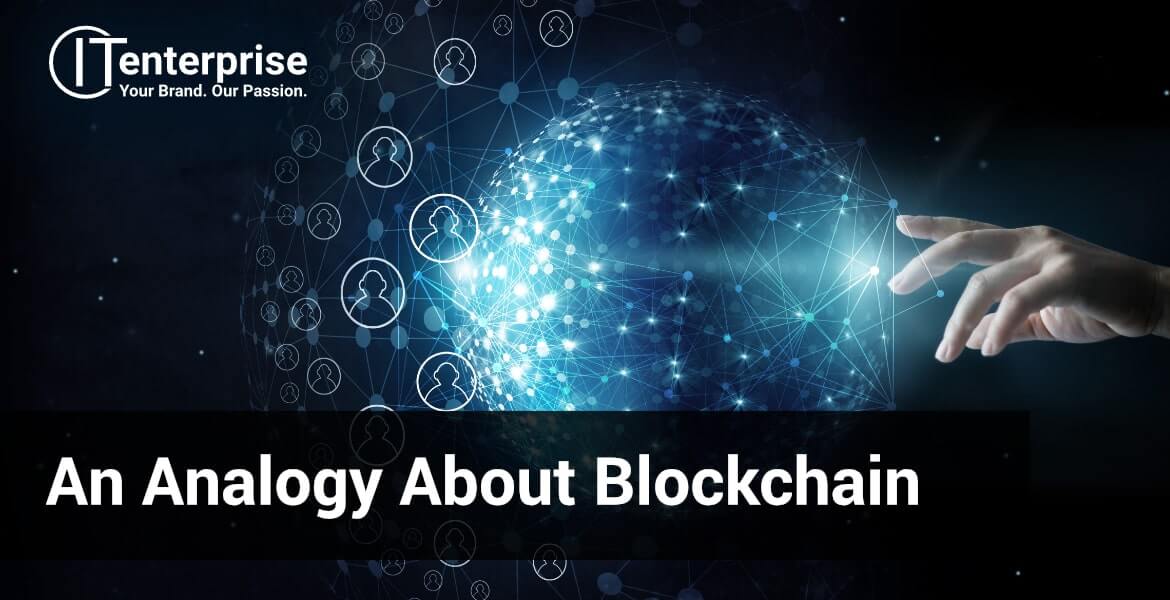 An Analogy About Blockchain

One of the best analogies I have seen for Blockchain is the comparison made with a Google Sheets spreadsheet.

Imagine this spreadsheet has been shared using the “view only” link. Countless people could access the spreadsheet to view it and verify the information it contains if they had the link. However, they can’t edit it. Additionally, any updates to the spreadsheet reflect in real-time across every version wherever it is being viewed.

This concept is similar to Blockchain in that everyone can view the information, but can’t edit it.

This makes Blockchain a secure way of documenting transactions whilst remaining visible and easily verifiable to a network of people. 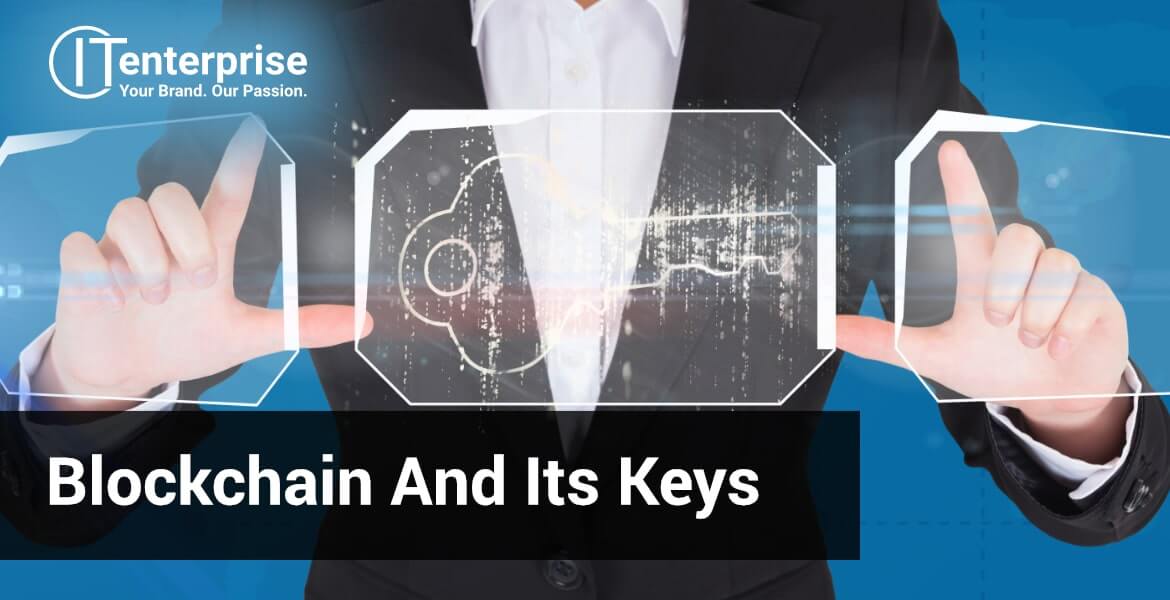 Blockchain and its Keys

If you have an account and can access a chain, you will be given two different “keys”. One is a private key, the other public.

A public key basically just lets you view the Blockchain. You use it to view the information and verify a transaction someone else has entered.

Your private key acts like your signature to verify that any transactions you enter into the chain were definitely by you.

I like to imagine it as a glass safe in a vault. Your public key lets you into the vault. Because the safe is made of glass, you can see inside it to confirm what’s there. But, it is still a secure safe. No-one can access the safe without a private key. Which means that while people can see and verify what you have in your safe, no one can tamper with it. 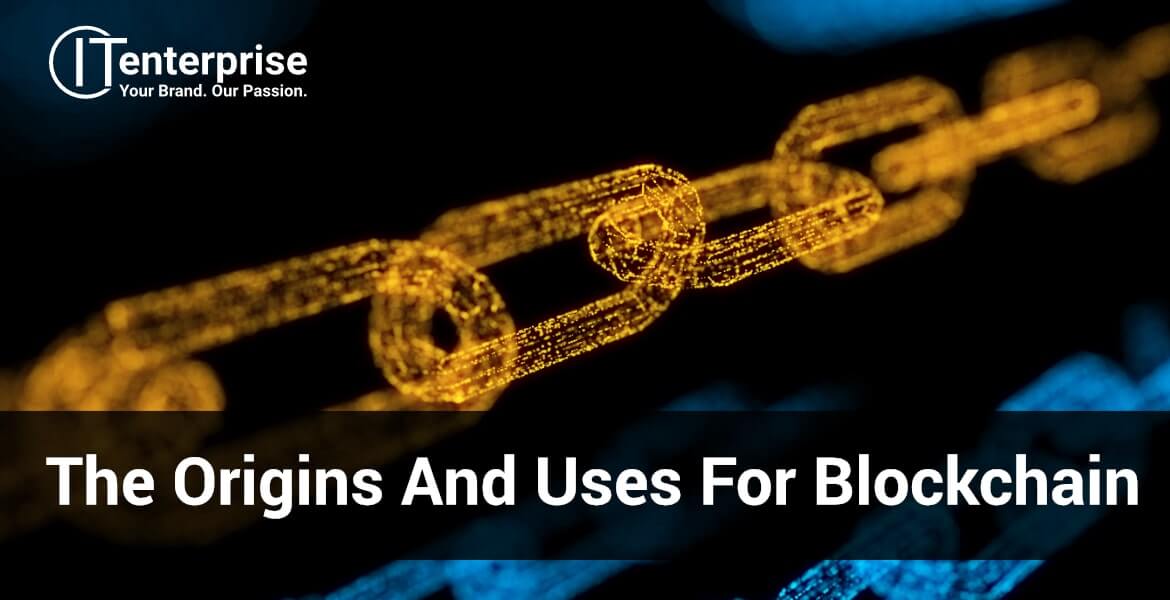 The Origins and Uses for Blockchain

Despite becoming a buzzword recently, Blockchain actually has its origins in 1991 as a theoretical system to timestamp digital documents in a way that it could not be tampered with.

However, Blockchain rose to notoriety in 2009 with the launch of Bitcoin.

Bitcoin and Blockchain go hand in hand, and both were developed by the anonymous developer(s), Satoshi Nakamoto.

This is because Blockchain was used to create the cryptocurrency and is the method used to document every Bitcoin transaction that has ever happened.

However, cryptocurrency isn’t the only application for Blockchain.

Other Uses for Blockchain

There are various other uses emerging for Blockchain. Including:

Any use that involves transactions, or following a connected sequence of secure data, makes for a great application for Blockchain. This means that basically any form of record-keeping could be put to the blockchain. 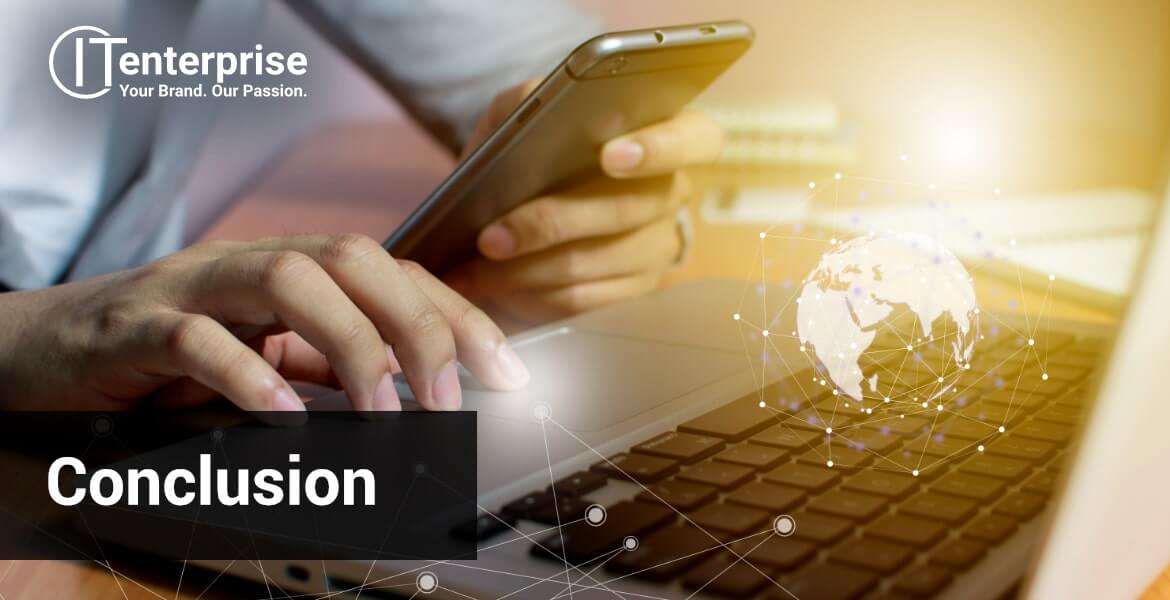 Blockchain is an exciting software that we are only just beginning to see in application. It has huge potential that is yet to be completely realised.

This disruptive technology has already become a hot topic thanks to cryptocurrency. But given the potential uses of Blockchain, it looks set to continue its momentum and find its way into various industries the world over. Which, hopefully, will make them and their data more transparent and secure.

We hope we have explained what is blockchain, and a few other frequently asked questions.

Do you want to discuss how blockchain can help your business? Get in touch today.