If you have considered developing a mobile app in order to make your business accessible and engaging, you have probably got an idea of the investment required.

Yet the cost between the kind of app built, and the developers you use can vary significantly.

So what exactly affects the cost of developing an app?

I know that making a mobile app is a significant investment in your business and will take up a good chunk of time and money.

So I thought I could help by breaking down the factors that influence the cost of developing a mobile app so you can have a better understanding of where your money is going, and ways in which you can control the cost of creating your dream app. (Or at least find a new appreciation for why the price is what it is.) 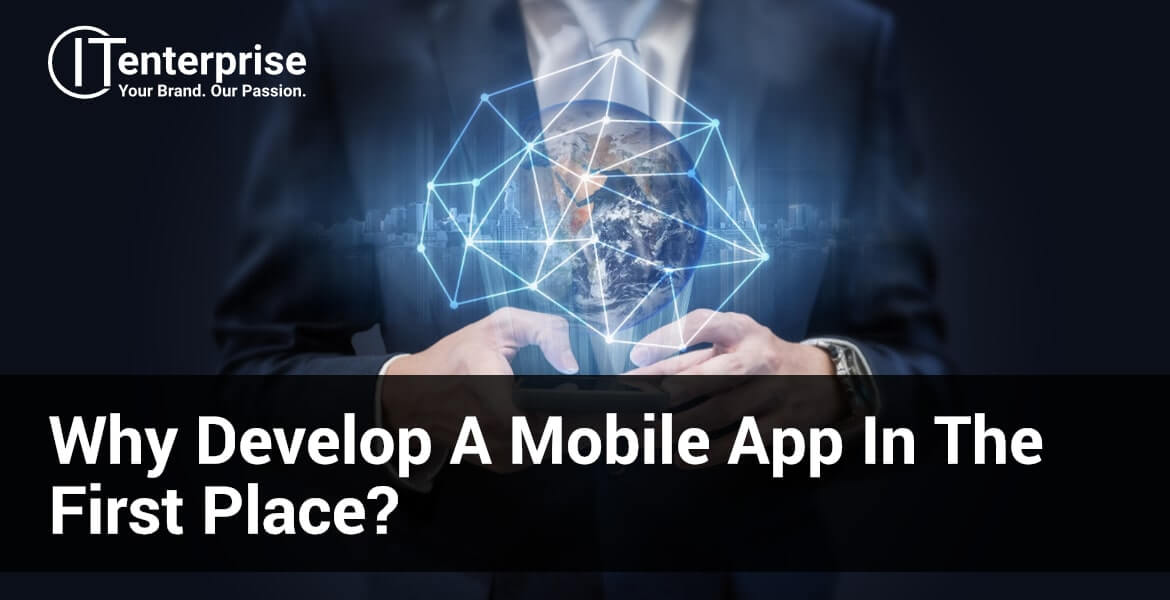 Why Develop a Mobile App in the First Place?

Expanding your digital estate is much like adding a new store location.

They provide access to your business in a new way and both involve investments of time and money in order to offer these novel experiences.

However, they also represent investments in the future of your business. They are also both the product and the provider for growth.

By introducing an app you can increase engagement, loyalty, and brand awareness to improve your customers’ experience. There are also functional reasons to consider an app, such as creating a platform that allows employees to work remotely. 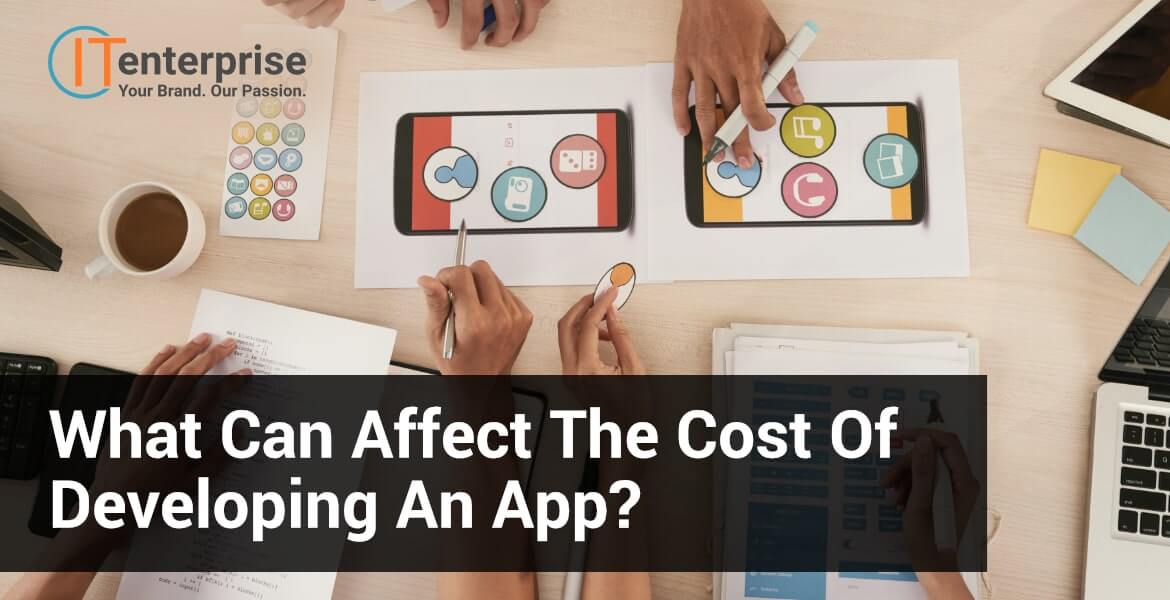 What can affect the development cost for an app?

As with any project, there are many factors that influence the time and cost of the endeavour.

The following list outlines the main points that inform the price of developing an app:

Features you might not have considered will affect the cost of development.

For example, how you will allow users to log in. Will you use a simple email login, or will they be able to log in via google or Facebook?

The more ways of logging in and more integration required, the more complex, and so the more time needed.

As you can see, there are levels of complexity for even the features we take for granted in apps.

Whilst the ease of clicking a button to sign in using Facebook makes life easier for the user, it is itself further time and detail required to create the app.

Of course, this single feature would represent only a few hours of work on the code and testing, but if you think of how many complex features could be simplified, you soon realise there is a good amount of time you can reclaim.

That’s one of the main reasons people build apps as an MVP after all.

Even adding your new app to the app or google play store has an associated cost.

There is a literal cost to upload an app to these stores, not to mention the time taken to complete the required documentation.

The cost of uploading an app to each store is different. For example, Apple charges annually and far more than any other platform.

However, the main influence over cost, much like with any project, is time.

The more time dedicated, the higher the cost. And app development takes significant man-hours and is usually the work of a whole team.

I’ll explain the three key factors that influence the development cost for an app below in more detail. 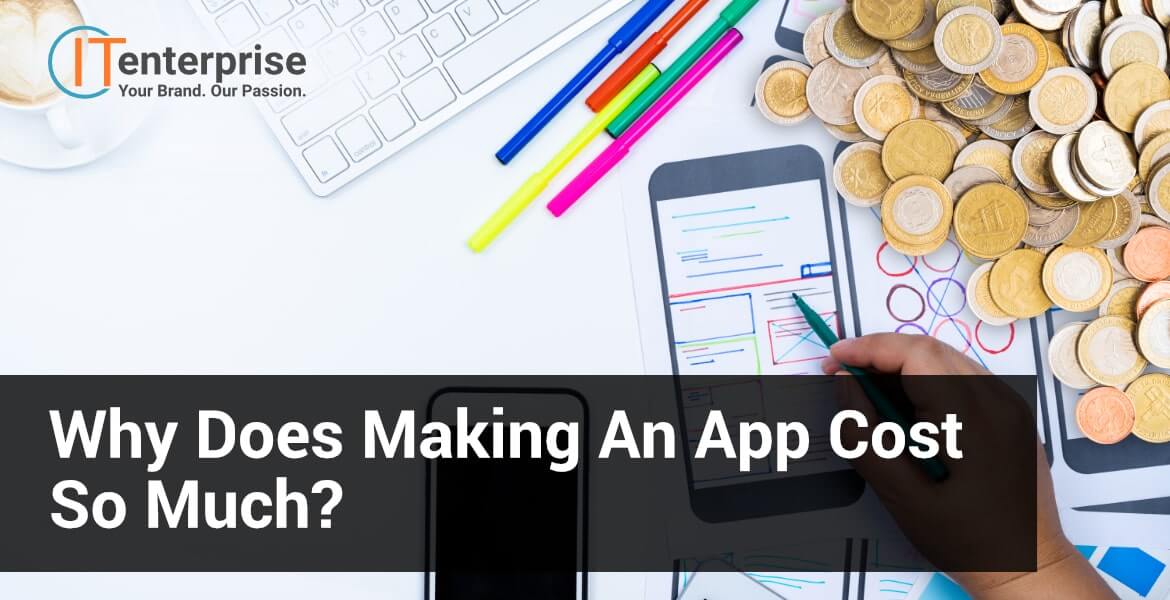 Why does making an app cost so much?

The cost of developing an app can vary greatly depending on the factors above, who makes the app, and how it is made.

Not to mention, the price of creating an app is subjective.

A few thousand pounds invested in an app would be a large amount for a startup or small enterprise, but for a larger business, it’s chump change.

The reason that developing an app costs so much can be broken down into these three main causes.

An independent designer could make an app themselves, but then you would have to consider timescales, other projects, and if they are adept at everything required for the complete production.

There is far more than development that goes into making an app.

In fact, even the development is split between front-end and back-end, with individuals often specialised in one or the other.

Besides, a developer might have good knowledge of UX, but they aren’t necessarily an exceptional designer or may struggle with creating the copy.

And that’s without mentioning anything about the different languages you can use for programming, and if the developer is familiar with whichever is required for your build.

Beyond the development you will potentially require; a graphic designer, a UI expert, a UX expert, a copywriter, a project manager, and testers.

Most importantly, and simply, hiring a development company or team is far easier – and quicker – than trying to learn everything for yourself.

The Time Taken to Make the App

As with any project, the more time dedicated, the more costly it is.

This does not necessarily mean that a longer project will be more expensive. (Depending on who you hire, of course.)

You will find some companies offer a “fast track” to develop your app sooner, but this will cost more due to the intensity required from the developers.

Just for some perspective on the hours taken to make a single app, the average time taken to build an app is about six months. In those six months, many different people will work on it, not just a single developer.

That’s why timescales are such an important factor in the development cost for an app.

Meanwhile, there are methods of software development that can produce an app in a shorter time, for a smaller cost.

One of these, and the most successful, is the MVP method.

This is where an app is created only with the most important features initially. (Other features can be added later.)

This style of development means that apps can be made in a significantly shorter time, at a far lower cost.

Find out more about the method and benefits of an MVP.

The Complexity of the App

Everything we listed above, from the login screen to languages, comes under the actual requirements of your app.

Naturally, an app that requires more features or more complex functionality will require more time to build. This time translates into cost.

If you want to try and reduce the costs of developing an app, you should consider reducing the requirements you have.

You could also consider developing your app as an MVP, as mentioned above.

The MVP lets you launch quickly and cost-effectively as the number of features and complexity of the app are limited. (Up to 9x faster than the average app development, in fact.) 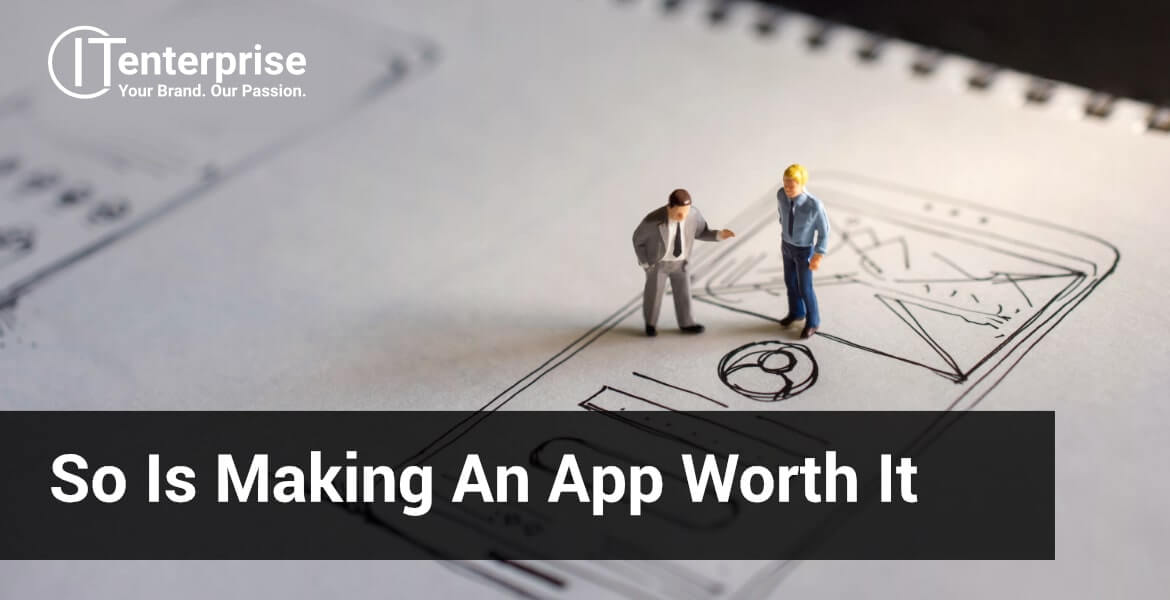 So is Making an App Worth it?

The app and play stores are full of hundreds of thousands of apps, some of which you would never have seen or used. And you’re not alone.

That being said, a lot of apps on the store are experiments made by young developers or are a company’s old ventures without much direction or purpose.

Not to mention, if you don’t need a certain tool or brand, you’d never even look for it.

On the flip side, many apps see unbelievable success.

And if you have created an app that solves a real problem, you’ll be onto a winner.

Just remember, the success of an app isn’t necessarily about the number of downloads and virality.

Do you want a new income stream?
A platform to engage with your customers and complement an existing business?
Or a tool to help employees work efficiently or remotely?

Even how people use the app can be measured in different ways.

For example, having a smaller number of users who have a longer app usage time is far more valuable to your business than a viral sensation with a high churn rate.

To make a “successful” app, you need to define what success looks like for you.

Then depending on your goals, you can decide if an app is worthwhile or not.

Then if you decide to develop your app, there are ways to increase your chances of success.

To find out more about the cost of app development and help define your requirements and success criteria, call or email us for a free consultation.