How to get innovative with your startup strategy

Everybody wants to be an entrepreneur these days; come up with a brilliant idea and make it a multi-million dollar business. But there’s a problem with brilliant ideas: they usually don’t turn out to be as innovative as you thought. And believe me when I say this, but stealing someone else’s idea and “improving” it is not a very smart way to attain success. Rather than struggle to brainstorm a concept and think about it every minute of the day, why don’t you try to look for a real-life problem? Search for an issue you have yourself and then find a way to fix it. A brilliant business idea comes from an attempt to solve a problem in the real world. Once a core problem has been spotted, the next step is to conduct a survey to see if that problem can convert into a “solution”. And guess what? That “solution” might be your successful startup. The coolest, more ingenious ideas have three things in common:

Facebook, Apple, Microsoft, Yahoo and Google all started like this. Why is it important to focus on a problem you actually have? Well, because it ensures that the problem is real. Smart people are bothered by problems. They don’t want to deal with them; they want to fix them. 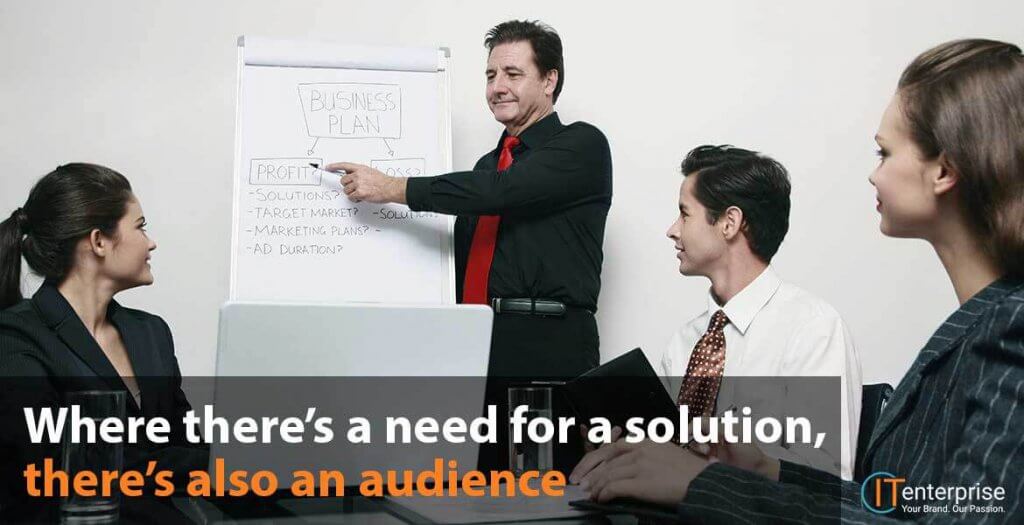 Where there’s a need for a solution, there’s also an audience

Before launching a startup, answer yourself this: do people need whatever I’m trying to market NOW? Ignore those that might have an interest in your startup someday, and focus on an audience that needs your “product” in the present. In general, the group of people that wants to use your new startup “now” is small, which is a good thing. Rather than dig a broad and shallow hole, it’s a lot better to dig a narrower but deeper hole, just like a well.

Microsoft, for example, was a narrow but deep well when Altair Basic was created. Only a few thousand bought the software because they truly needed it. Without it, they had to keep programming using machine language. Three decades later, Facebook followed the same pattern. The first website created was not a global social platform, but a local one aimed at a few thousand Harvard students. However, all of them wanted it. If you have a startup idea, and you want to put into practice, give me a straight answer to the following question: Is there an audience out there that wants my concept so wrong even if it’s the worst-looking thing nobody has ever heard of? If you don’t have an answer, then your idea may not be as innovative as you think. Facebook was a smart idea because the small market targeted had a way out. It expanded to other colleges until more students wanted to be on Facebook; and when everyone finally got in, the business had to evolve and expand to reach other markets to keep thriving. 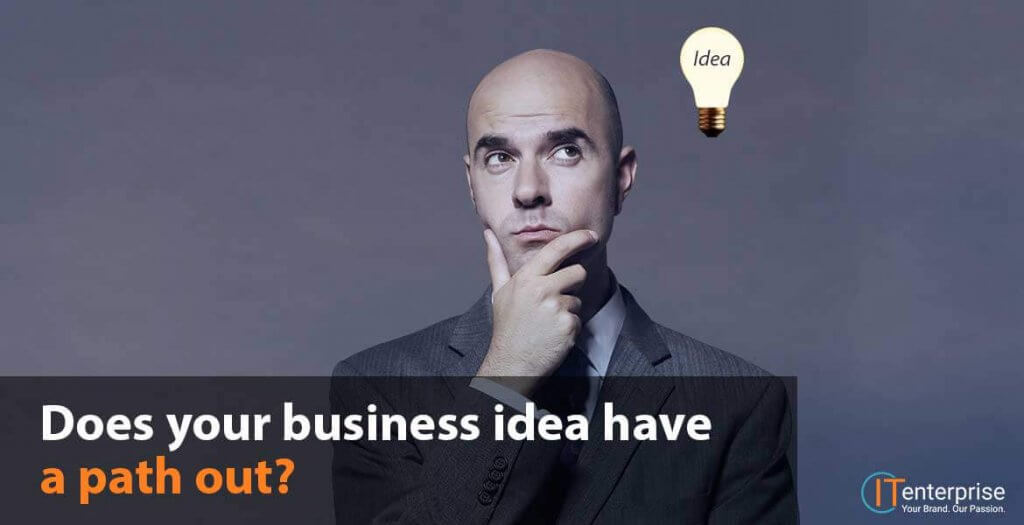 Does your business idea have a path out?

How do you know whether or not there’s way out of a good idea? How do you know whether your concept is the product of a successful company, or simply a niche product? Making the difference is tough. Airbnb, for example, had no idea that the market they’re tapping was so big, and that it had so much potential. In the beginning, the idea was to focus on a much narrower market. All they wanted to do at first was to allow hosts to rent their places during events and conventions. At that time, they had no clue that their concept will expand and increase at a global scale.

If you don’t have what it takes to predict whether or not there’s a way out of a mere business idea, how do you make a selection? The truth is both disappointing and interesting – if you’re the right type of person for that idea, you’ll have all the right answers and hunches. If your startup idea focuses on a domain or niche – that’s advanced but changing fast – when you feel you have an idea worth putting into practice you have the highest chances to be right. Robert Pirsig wrote in his “Zen & The Art of Motorcycle Maintenance” that painting the perfect painting is easy. All you have to do is make yourself perfect and then start painting naturally. His idea fits perfectly in this scenario because the best startup ideas come from people who live in the future. Why? Because they have what, it takes to build what’s missing.

Being at the forefront of a field does not mean you have to push it forward. You can just as well be at the front line as a user. Facebook didn’t seem a good idea to Mark Zuckerberg because he had excellent programming skills. It was a good idea because Mark was already used to computers and the online world. To him, living online came just as naturally as living offline. 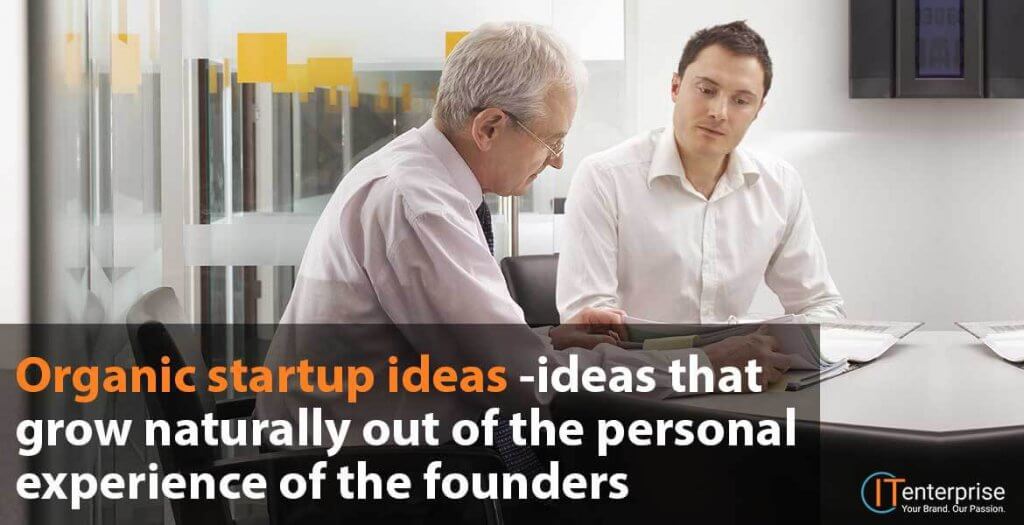 If you have a goal in life and that goal is to build yourself a killer company, make sure to do it organically. Organic ideas are better because they come naturally. Made-up business ideas, on the other hand, are forced. Some of the worst startup ideas that people have are those centred on building things entrepreneurs THINK others will want to use or purchase. You may have to step out of your comfort zone and assess problems and brokenness on your own skin. Always ask yourself “What’s missing?” If I have an issue that nobody can help me fix, why don’t I fix it myself? There are a lot of ideas lying around that nobody will put into practice. We ignore the obvious because the obvious doesn’t look like an innovative startup idea.

Recently, I was drawn to a website called Tasty which I consider brilliant. Launched in 2015, Tasty is not your average cooking site. There are millions of those, but none quite like this one. Who would have thought that short, great-looking recipe videos could get 60 million fans in 1 year? Why is Tasty a brilliant startup? Well, first because it knew which market to tap into – social media: Facebook & Twitter. And second, because they’ve added a secret ingredient: the fast-forward feature in the videos. Let’s face it, the recipes look great, we love them. But I for one, wouldn’t have had the patience to look if they lasted 20 minutes. When trying to come up with an innovative, organic idea for a startup, focus your attention on the idea and not so much on the startup. Search for ways to fix things and stop wondering whether or not the issue is viable enough to become the basis of a company. In the world of business, nothing matters more than an unmet need eager to get fixed.

The sooner you can spot an unmet need the better the chances you have to fix it and make it a business. Google was created to help people find things on the internet with a lot more ease. Amazon improves people’s shopping experiences and Facebook connects and brings people together. Hunt for an innovative business idea by exploring the market. Make it your passion, and then check to see if there are other individuals with the same issue as you. Can you develop a solution? Because when you have a problem and numerous other people have the same problem as you, this means you might be on the right track to developing a growing startup. On the other hand, don’t bother moving forward if there’s no market for your problem. Look at the bigger picture and don’t just ask friends or family if your idea is good. Of course, they’ll support you because they don’t want to hurt your feelings. 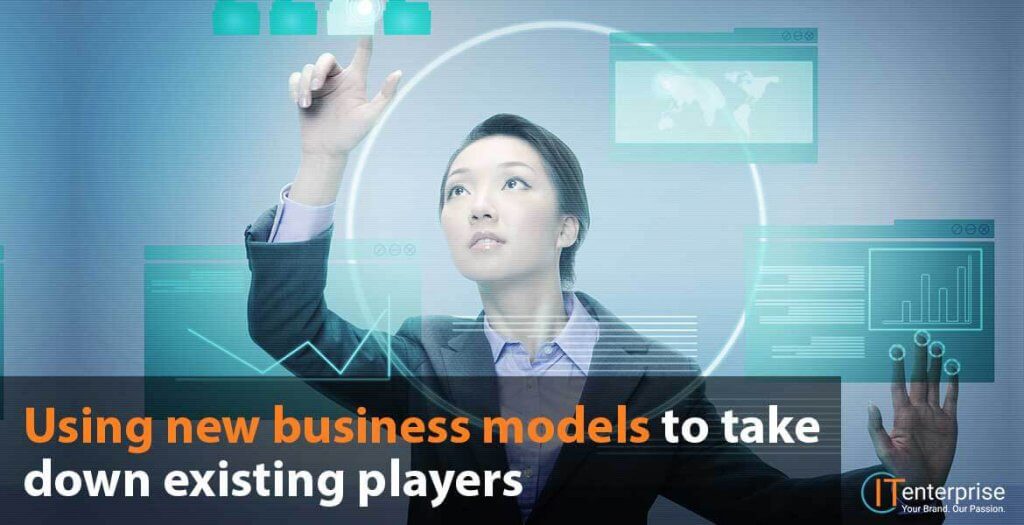 New technology can make you stand above the crowd. It can even bring back to life businesses we thought were long gone. There’s no need to have an original idea to build a successful company. Sometimes all you need is a way to improve an existing one. How do you make a brick and mortar store appeal to more customers? You build that store a website. You make it visible online, thus creating a streamlined shopping experience. Once you’ve managed to tap into the online world, you look for ways to make yourself different. Responsive design, simple e-payment solutions, gift cards, using mobile apps are all excellent strategies that will make your startup be one step ahead of the competition.

One of this year’s coolest and most profitable startup idea belonged to Niantic, the creators behind Pokémon Go. Was the idea new and entirely original? No. It bases on a media franchise developed in the 90s by some Japanese company. The Pokémon anime series created a hype, and before we knew the whole world was buying Pikachu toys and trading Pokémon cards. This happened in the early 2000s. Let’s fast forward 15 years – thanks to advanced technologies like GPS, mobile app functionalities, and augmented reality, Niantic managed to bring the Pokémon series back to life…for real. More than 130 million people downloaded the game because it brought the virtual experience into the real world.

Many of today’s entrepreneurs wrongfully believe that they need to invent something new to thrive. Not exactly. Sometimes you just need to work with what you have, and then look for ways to improve an idea or concept that already exists. We all want to be innovators and pioneers, which is fine. However on our journey to uncover a new and original idea for our next startup, we miss out on a lot of opportunities that are right there, in front of our eyes. At IT Enterprise we bring ideas to life.Whatever you can imagine we can build – from cloud computing and email marketing tools to CRM platforms and successful bespoke software examples for your startup. All you have to do to get started is send us an email. Let us know how we can help and together we’ll brainstorm ideas that might change the future.