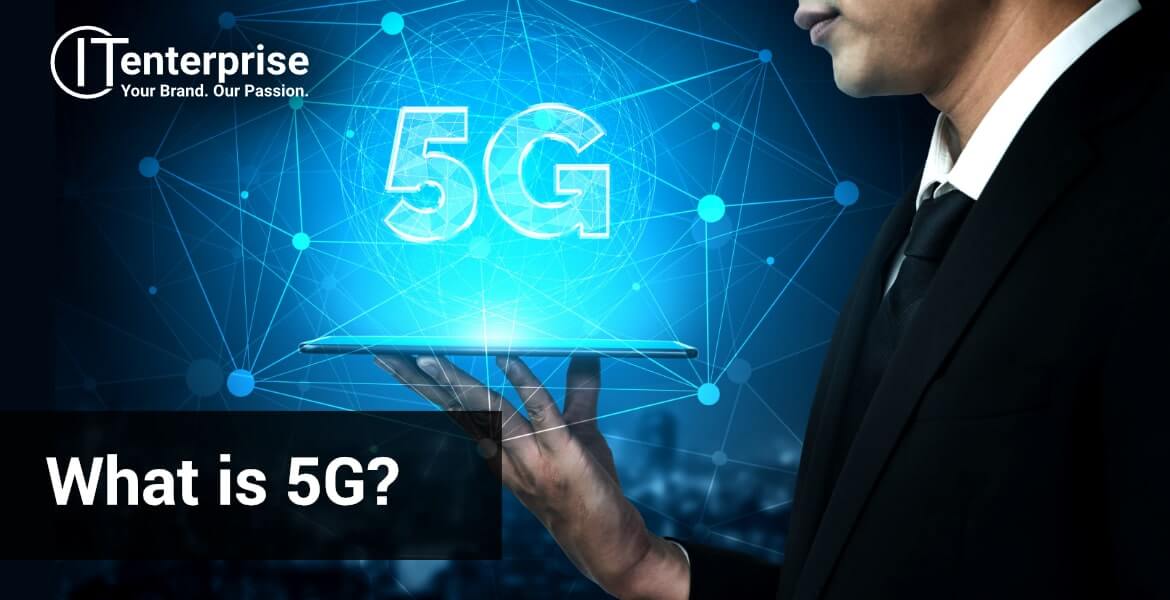 5G is the latest form of wireless network technology (cellular) to be rolled out. Just like previous generations of wireless, like the 4G we all use now, 5G is simply a mass of improvement works to create a faster and more reliable network.

G refers to generation, as in, the generation of wireless technology. This being the 5th generation, hence, 5G. We’ll talk more about how it works in the next section.

As with previous wireless technology, it takes some time between it being developed to being deployed. It is longer still before it becomes widespread. For instance, the last generation, 4G, was first deployed in the UK back in 2012 but still only covers 84% of the UK according to EE.

5G has actually been around for some time and already exists in some form in most countries. Here in the UK, 5G has been available in some areas since May 2019. It’s already in 80 major UK towns and cities, but nowhere close to nationwide coverage yet. Not to mention, many people will find their phone isn’t able to make use of the new network. For example, there’s still no iPhone available that’s compatible with 5G.

This means that to be able to use 5G now, you need to own a compatible phone, live in an area with 5G coverage, and use a mobile network that provides 5G services. The main mobile networks have now all launched 5G in the UK. (EE, O2, Vodafone, and 3.) Other providers, like Tesco, typically have access to 5G because they rely on coverage from these main networks. Meanwhile, some unlucky customers on smaller networks like Virgin can’t access 5G at all. (Although this may change when Virgin moves onto the Vodafone network.)

If you’re not sure if you have 5G coverage, check with your provider and use this handy coverage checker on the 5G website. 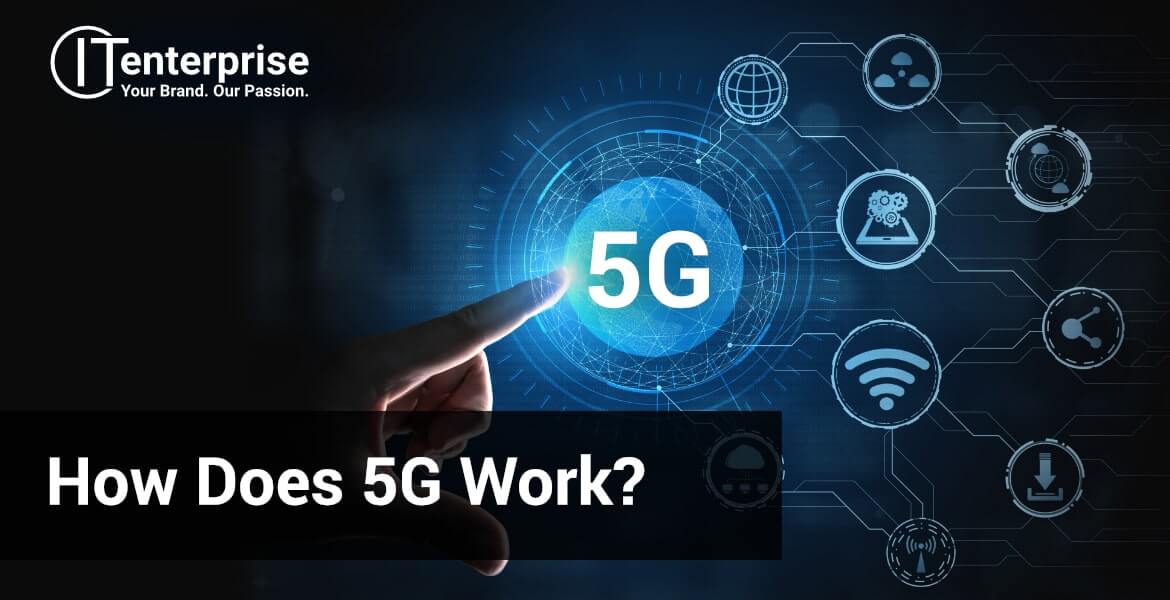 How Does 5G Work?

5G works similarly to previous generations of wireless communication, just with some improvements made to create a faster network.

Just like older generations, this communications network is distributed over land by transmitter towers. These towers broadcast radio waves that provide a wireless signal. Devices can use to access the network for the transmission of data, such as phone calls or text messaging.

The area covered by each tower is called a cell, and the cells are built up like a honeycomb. Neighbouring cells must use different frequencies of waves to prevent them from interfering with one another. However, there is a limited range of frequencies that can be used so frequencies must be repeated and reused. Cells are mapped out and signals assigned in patterns to ensure maximum coverage with the least amount of conflicting signals.

We’ve simplified this a lot and used colours to show how frequencies are reused. A matching colour shows a matching frequency, and this diagram shows how they use the honeycomb shape of cells to allow maximum area coverage whilst repeating signals without conflict.

One of the improvements made for the fifth generation is that there is a wider range of frequencies that can be used, but more about that below. 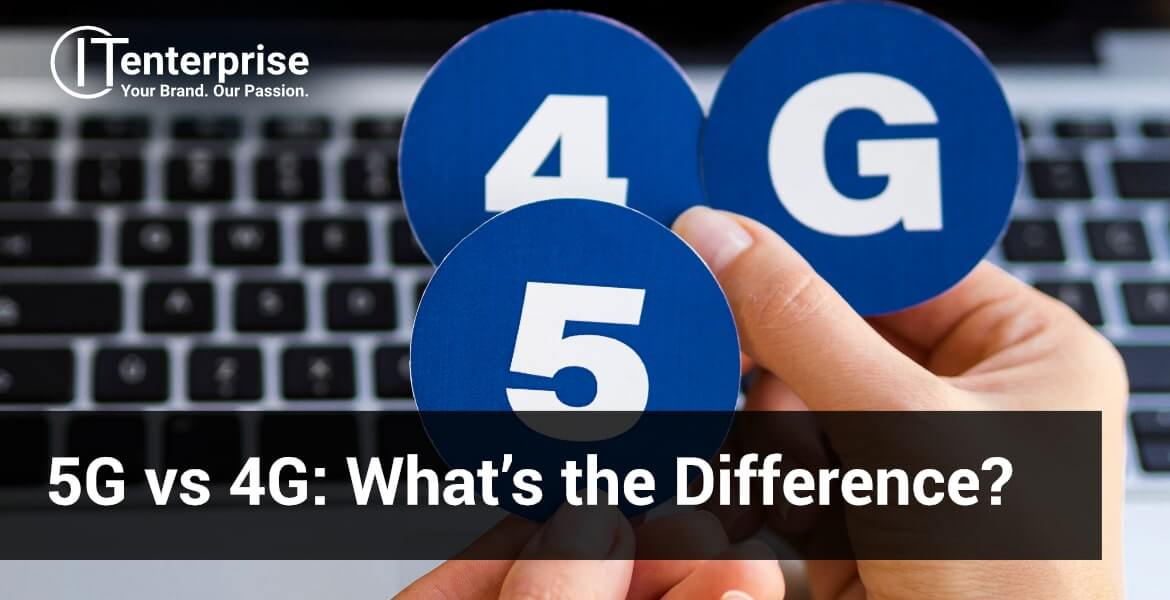 Being a newer generation of wireless technology, 5G offers an improvement from its predecessor, 4G.

These levels of improvement are pretty clear. While 4G was 20x faster than 3G, the actual speed of your devices can vary a lot. On average, you’ll be able to reach speeds of up to 35Mbps, but in the right place you might reach the dizzying heights of 100Mbps.

While this might seem fast to us now, 4G looks like a snail beside the cheetah that is 5G, which can reach speeds of up to 10Gbps. In fact, if you have a compatible phone, you’ll probably find you can reach just over 1Gbps in areas where 5G is already employed.

This means that if it can reach its the potential maximum speed, 5G can be up to 100 times faster than the current 4G technology many of us are using. So in a race with 5G vs 4G, there is a very clear winner.

Not only is it faster, but 5G is more reliable, with lower latency than previous technology and higher bandwidth. This better meets the needs of more demanding and advanced technology, such as VR and AI. It means we can complete more complex tasks with less interruption and greater accessibility, which will contribute to these new technologies becoming more readily available.

Another difference between the two is one you wouldn’t be able to notice. 5G runs at a much higher frequency than 4G. Where 4G runs at 6Ghz, 5G is 30Ghz. 5G also runs on a different wavelength, one which is much shorter than 4G.

These differences mean it is less likely to be disturbed by other wireless signals, and it won’t interfere with other signals and can carry greater amounts of data. This comes down to problems we’ve had to contend with for years, where network antennas being in close proximity to each other would then limit the number of devices that could connect to each antenna, and made interference a pressing issue.

Although the shorter wavelengths do affect the travel of the electromagnetic waves that carry the data. Just like with sound waves, shorter wavelengths travel shorter distances. This means networks need to experiment and compromise between wavelengths and the distance of coverage, and the available bandwidth.

That’s why you’ll find there are significant variations in network coverage and performance according to where you are, and who your provider is.

The differing modulation again creates compromises because more diverse and complex modulation might mean more bits can be transferred, but they require stronger signals to carry them. A lot of networks are still experimenting with this. For now, they are largely staying in familiar territory with modulation similar to what we’re already using with 4G, or chasing the “mm wave”, which is the upper band of super-fast 5G.

Really all you need to know is this. When looking at 5G vs 4G, 5G is much faster, more reliable, with more bandwidth and lower latency. So wherever you are, if you can get it, it’s a pretty significant improvement. 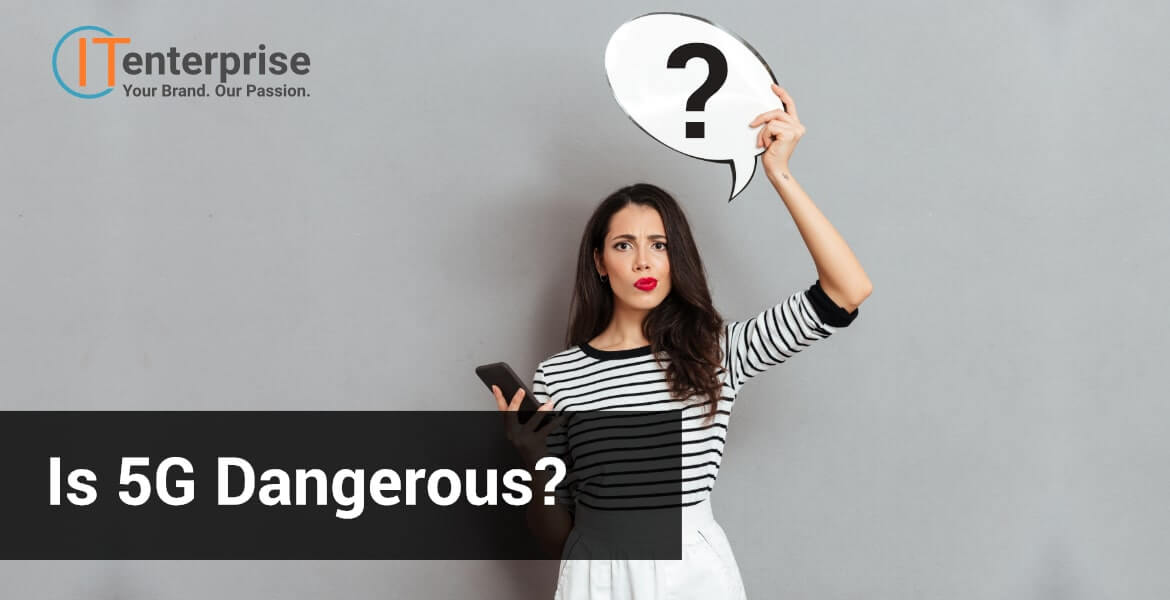 There are a number of rumours and conspiracy theories circling at the moment about the introduction of 5G.

Two of the most prolific of these rumours is that 5G causes cancer and even conspiracy theories that 5G caused Covid-19. Spoiler alert, they’re both complete nonsense.

Much like all the cellular technologies that came before it, 5G is transmitted on harmless radio waves. 5G poses no more a risk than the wireless technology that we have been using for the last four decades.

We are exposed to thousands of different kinds of electromagnetic waves every day, from the light from your bulb, to your microwave, the radio in your car, or even your wireless broadband. Many of the waves are completely harmless but incredibly useful to us, particularly for communication. Although there are some kinds of wave that can be harmful, such as radioactive gamma waves, these are at the high end of the spectrum and are called ionising waves. However, it still takes significant exposure to these waves to cause an effect on our bodies. (EG: Having a one-off x-ray is safe, but working with x-rays everyday would pose a risk.)

Non-ionising waves don’t have any ability to affect our atoms and cells, so don’t pose any known risk. You can read more about the different kinds of electromagnetic waves and their differences here.

The Same Risk Level as Coffee

Some health bodies have radiation used for wireless communication (which includes previous generations) classified as “possibly carcinogenic to humans” (2B), but repeatedly express that evidence is strictly limited and the risk of actually being harmful to humans is incredibly small.

For context, other agents in the same category (2B) include; aloe vera leaves, bracken and ferns, pickled vegetables, coffee, oral contraceptives, and talcum powder. As you can see from the list, the level of risk must be minute if it exists at all. So far, there’s no supporting evidence.

So rest assured, 5G is safe. You’re at no more risk than you are from the waves travelling the earth sending out songs on the radio, or from using your mobile now on whatever network you use.

In fact, UV waves pose a more significant risk that is repeatedly proven by science. Yet even these risks are very easy mitigated with a simple layer of sunscreen. But how many of you stop to ponder the risks, or remember to wear suncream as often as advised?

Conclusion on 5G in the UK: Why is 5G Important

So 5G is just the next step in wireless technology and will allow us all to use the internet faster and more reliably. This won’t just improve our personal lives, when we can stream in higher quality with less buffering, or use our smart assistants more effectively. It opens up a lot of new avenues for tech and businesses. In short, it simply means we can attempt new things because of the increased accessibility, reliability, and speed of mobile networks and the internet.

For a start, it’s estimated 5G will enable $12.3 trillion in global economic output and support millions of jobs. The previous race for 4G injected trillions into the global economy and helped aid the recovery after the Great Recession. Hopefully, 5G can be a bolstering financial factor amidst the current climate of uncertainty.

Greater accessibility and performance of 5G should revolutionise how we work as users. Collaboration, sharing, and communication will be improved, and with it, remote working will be even more viable and reliable.

The ability to access the internet remotely with speed and certainty will also enable businesses to move around too. This platform will enable advances in connectivity as The Internet of Things will continue to grow. Cloud Computing will increase, and leaps in automation and artificial intelligence will be made as they can access this improved network.

One of the sectors most likely to reap the rewards of 5G is healthcare. As accessibility will allow expansions in remote surgery and telemedicine, advancing AI will drive new diagnostic treatment, and the IoT will further the use of wearables in preventative care and real-time patient monitoring. And that’s just the start.

5G is an exciting opportunity, and it’s speculated it will be the catalyst for a new industrial revolution. Whether the impact is so drastic, we are yet to see. But it is certain that it will improve the way we live and work for years to come. (Or at least until 6G kicks in.)

Do you want to expand your business using cloud computing, IoT, or machine learning? We offer an array of services in these disciplines which are set to reap big rewards.

Call today for a free consultation to find out how you can expand and improve efficiency, today.